I Wore Mini Twists for the First Time, and This is What Happened

When it comes to rocking certain natural hair styles, the decision is much more than just hair. Depending on where you live, your style could could cause a lot of unwanted attention.

One multi-racial hair blogger shares her first experience of wearing mini twists in public while living in the south.

Her experience and the responses she received were mind-blowing, while providing an interesting perspective on black hair, race and culture appropriation.

RELATED | How to: Install Mini Twists on Natural Hair

Here is an excerpt of Shaye’s experience:

Protective styling and mini twists are far from new topics in the natural hair community, so I
decided to take it a step further. 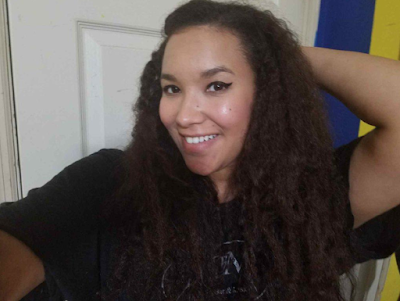 I live in the good old deep south – in Georgia, and to be frank, a lot of people here are very prejudiced. So I decided to put myself out there and push some buttons by wearing mini twists and asking questions about this particular hair style and appropriating black culture.

Be forewarned that some buttons got pushed and other buttons got obliterated. This a graphic
read with insight as to how people think about race and why.


What are Mini Twists?

Mini twists are just little sections of hair twisted together to prevent damage. They’re done to
protect the hair and when done small enough, often give the illusion that your hair is down and
just out freely, almost as if nothing was done to your hair at all.

I didn’t use any particular method, I just started at the nape of my neck and worked my way up. My twists varied in size but most of them were about as thin as a Q-tip.

I spent about two hours twisting all of my hair together to create the look.


Why I’m Doing This

Although I am mixed, people have always told me I was “raised white” – My father was white and
my mother is black.

Although I have other races thrown in the mix, every person I knew referred to me as an “Oreo” – dark on the outside and white on the inside.

As a mixed girl who only associated with her white family, I have to admit that I never imagined I would be flaunting this look because of the effort it took to install it and honestly, the fear of being judged.

Because only black girls wore their hair “like that” and I don’t say that to be mean or prejudiced. I say that because that’s what I grew up hearing.

Nobody cares what you really are here in Georgia – It’s pretty much a white and black perspective only. I wanted to be recognized for the melting pot of races and ethnicities I possess, not just white and black.

RELATED | How to: Moisturize and Stretch Mini Twists

After coming up with this idea, I knew what I was getting myself into. Ready to accept a lot of
hateful comments, I wanted to see how people would respond to me wearing this hairstyle. Secondly I wanted to try to understand why people think the way that they do. 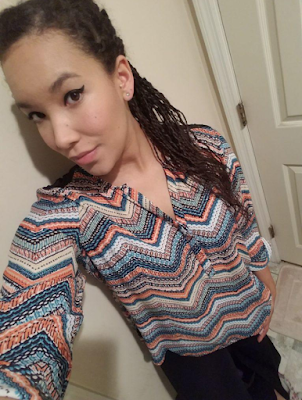 After asking questions I made sure to mentally record responses and write them down along with
how I felt after the encounter.

If things got a little too heated I stopped the person and let them know I was doing a social experiment and explained my objective. That cooled everything off for the most part.


My Feelings When Getting Ready for Work in the Morning

I woke up the morning after putting in all those mini twists with a sense of dread, honestly. I was
scared.

Were people going to judge me and be cruel? Was I going to get some racial slurs? What kind of stuff would I hear? I had no idea. I braced myself and hoped for the best.

After a couple of deep breaths, I went to work with a smile on my face and embraced day one
with open arms.

NOTE: None of the following responses were used without permission, although there are no names mentioned. Please keep this in mind when reading. All scenarios did in fact happen. Some of them are very offensive and include racial slurs.

Read with an open mind.

Walking into work, very few people noticed anything different about me. I got a couple of
confused stares and a few compliments. I was actually relieved. But as the day went on, mouths
kept opening.

Here were some of the direct quotes I got:

“Wow, what did you do to your hair? It looks different, but I like it!” – From an older black
woman.

“Your hair looks cute down!” – From a younger white girl around age 18. A little note here: I wear
my hair up in a bun almost every day. My hair being down is a rare occurrence. 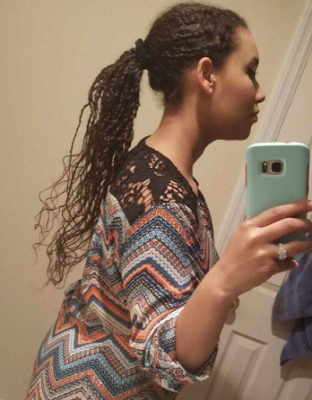 “You look different today but I don’t know what it is” – Response from several people of all ages
and races. (I’ll take it as a compliment.)

“Is that your real hair or weave?” – Response from several white males and black females in their
early 20s.

“Your hair looks really pretty today!” – From a few Latinas in their late 40s.

“Are you turning black now all of a sudden?” A lot of males of all races in their late 20s and
early 30s gave me this response.

When asked why they would think that, the average response was, “I don’t know, only black girls wear their hair like that.”


Read more of Shaye’s experience, and learn her thoughts on culture appropriation on her blog, mycurlyosity.com. 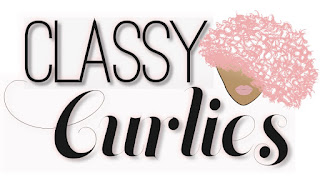 Why Martial Arts Are Excellent For The Body And Mind

Can You Live A Healthy Life With Diabetes?

4 Tips on Getting Yourself in the Best Headspace